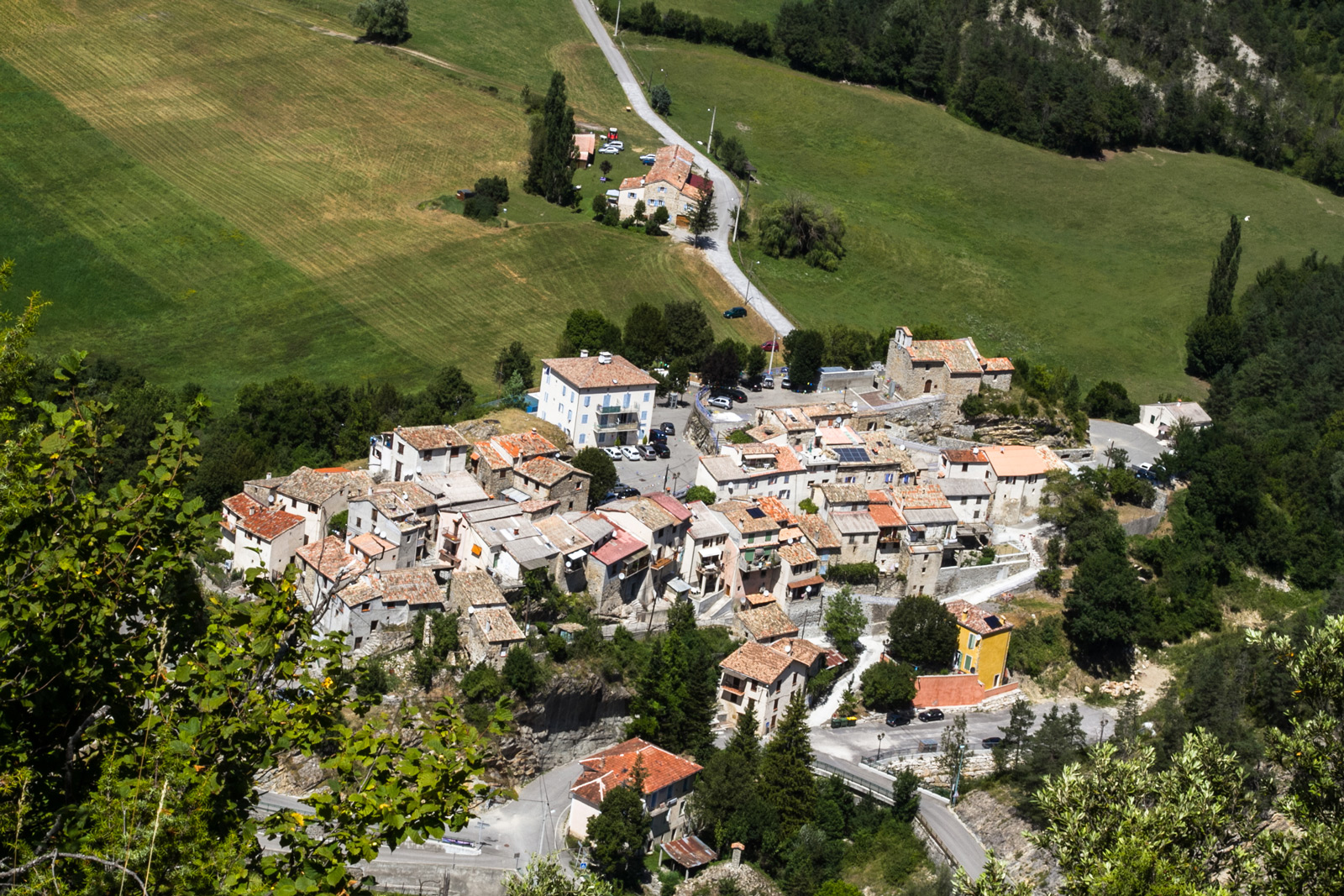 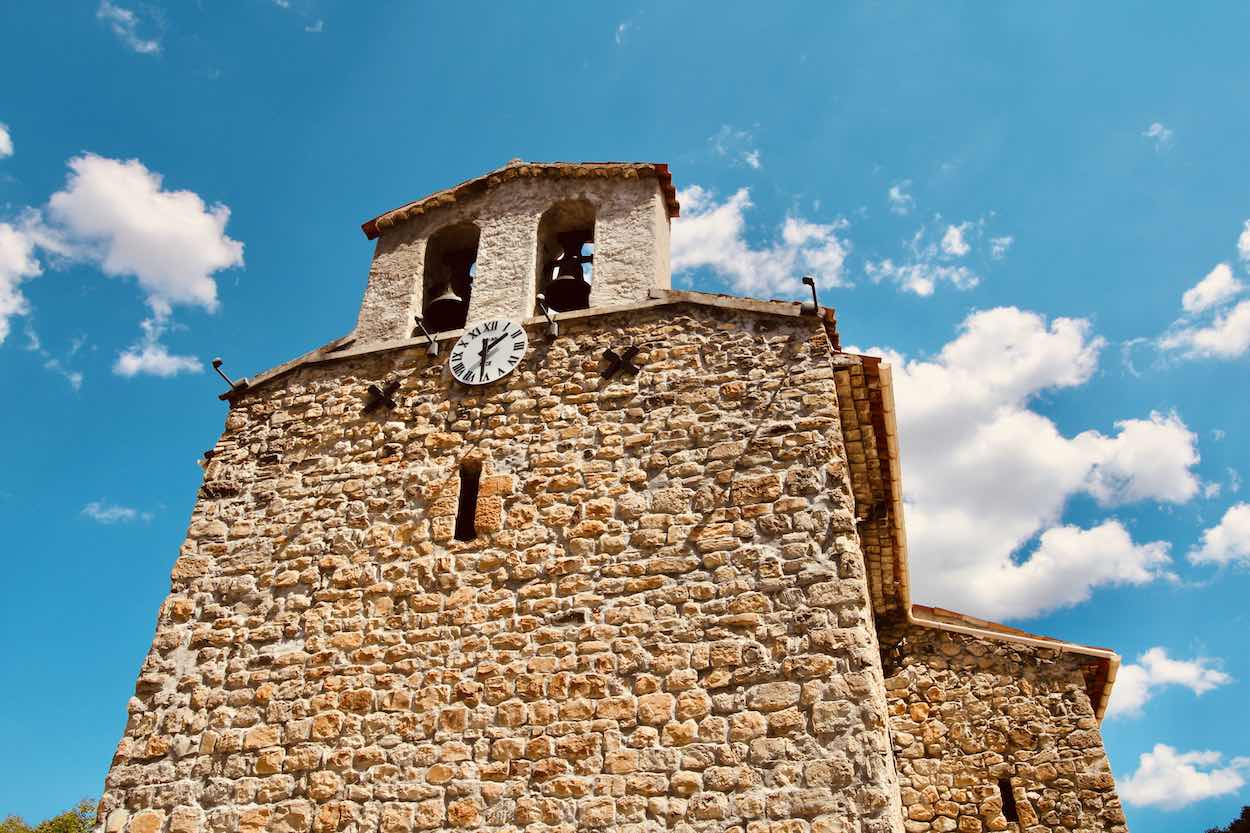 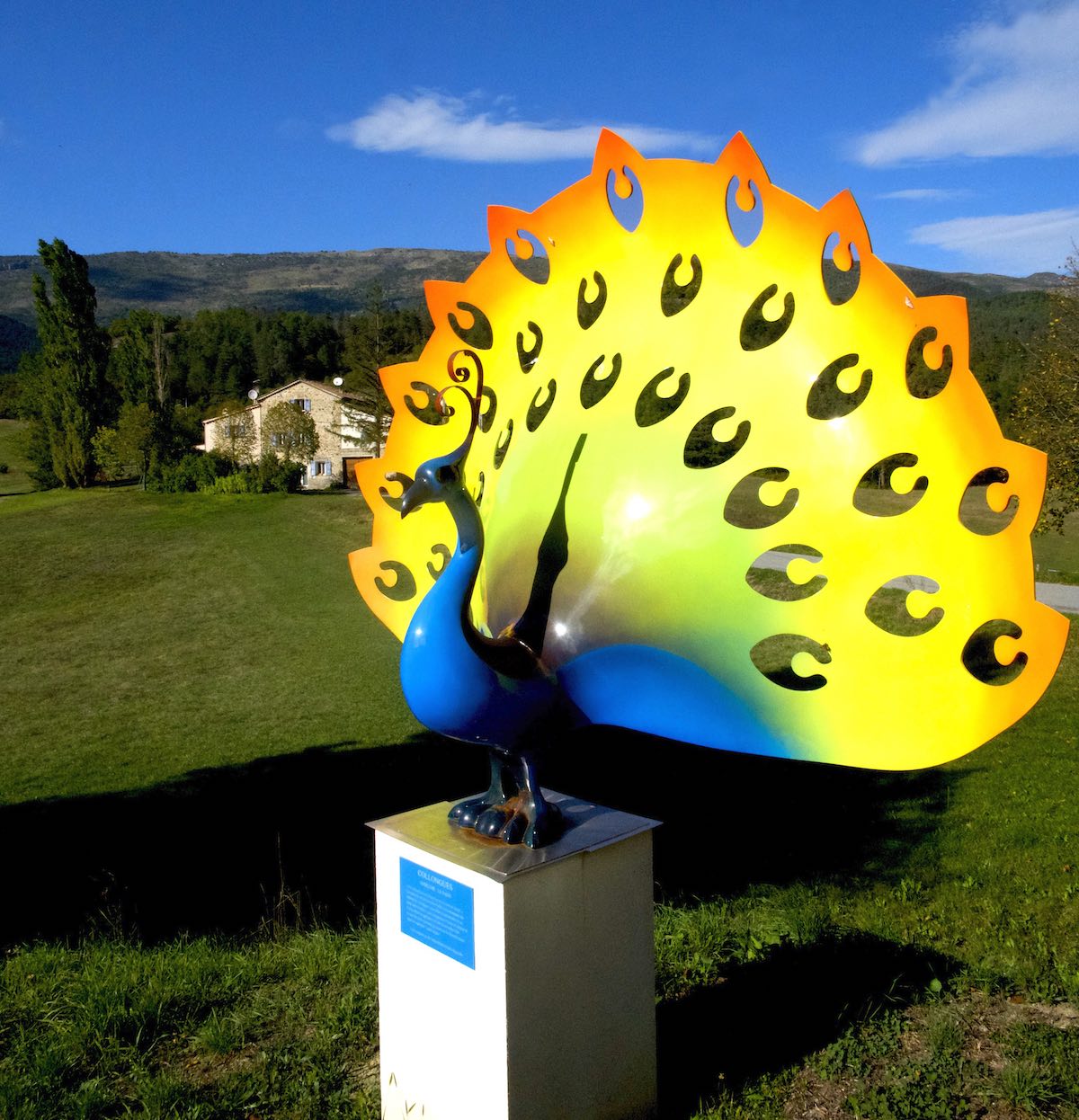 Collongues, a charming village of some one hundred inhabitants, is perched on a rocky outcrop.
Its aging homes are clustered in a circle, like a fortified castle of old, as though to ward off assailants from both heaven and earth. When venturing into its sloping streets, ones that seem to lead nowhere in particular, the village’s originality becomes evident.
But such wandering gives you a chance to appreciate the many ancient architectural vestiges, like the castle, medieval church, and vaulted porches.
The Riou River crosses through Collongues, nourishing the broad, verdant Cressonnière plain, stretched out in the shade of the surrounding mountains, a fisherman’s paradise.

-Saint Roch church: Built in the 13th century, Saint Roch church is the last survivor of the battles that raged in the Middle Ages. The building, a witness to many centuries of history, overlooks the village of Collongues and is one of its most important heritage monuments. Inside, adorning the altars, are two paintings restored in 1999. The first, from 1730, by Joseph Maunier of Draguignan, depicts Saint Joseph, Saint Roch, and Saint Honoré. The second is of the crowned Virgin holding Jesus in her arms, surrounded by Saint John the Baptist and Saint Anne.

- Oratoire Saint Roch: This wayside shrine, dedicated to Saint Roch, the patron saint of the village, was built in 1500 during the time of the Plague. Saint Roch has always been seen as the great protector from this terrible disease.

Fun fact:
The city’s emblem is the peacock (a bright blue peacock against a background of green below and sunny gold above). It was automatically granted to the municipality due to its failure to present its coat of arms in the time allotted and was registered with the Armorial Général de France per the edict of November 1696.
Since September 2018, at the village entrance, residents and visitors have been greeted by a majestic peacock sculpture by Arch Regges, a Nice artist with Brazilian flair.