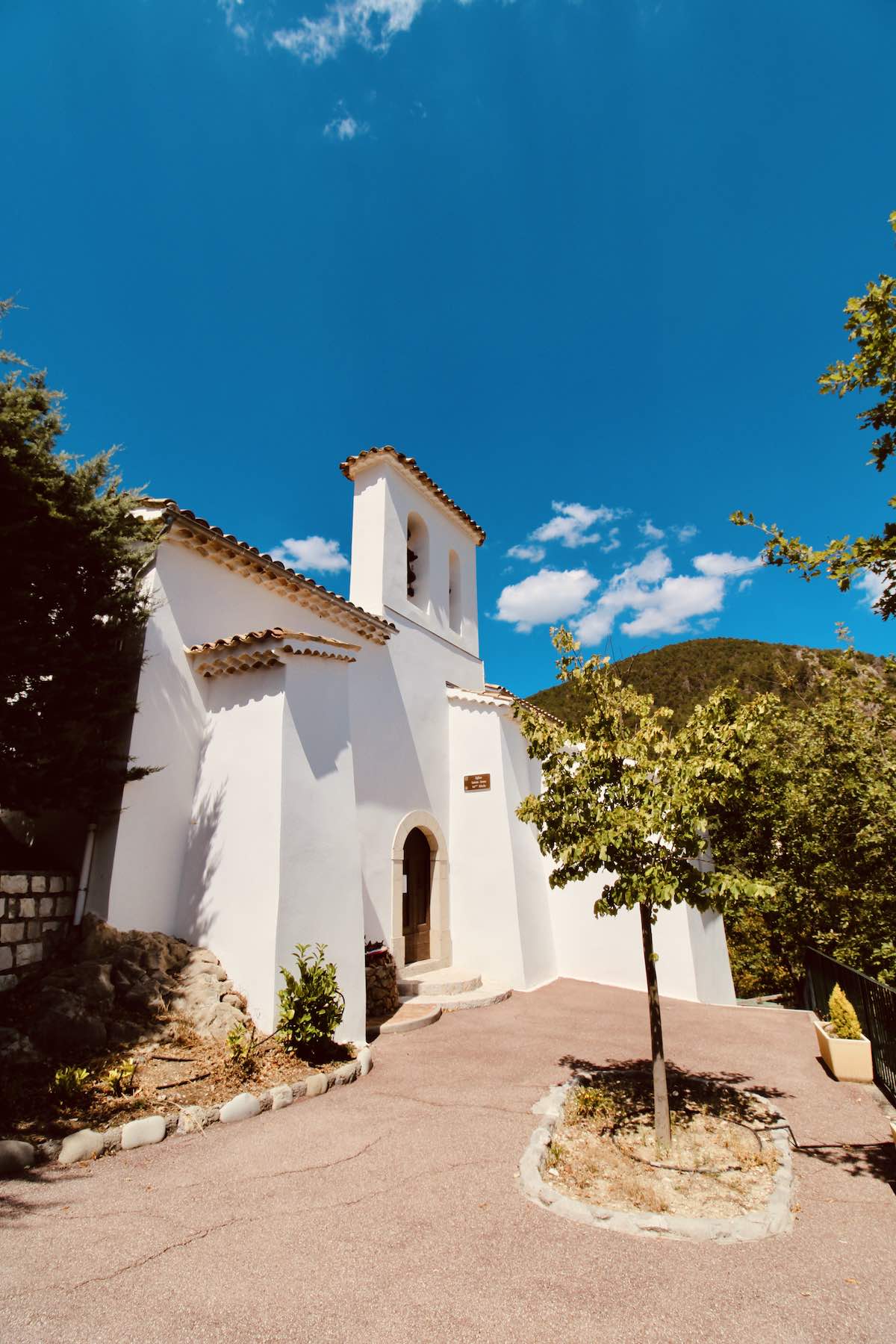 This village, set on a hill’s southern slope, offers a dramatic view over the Upper Estéron River Valley. It was first established, higher on the hill, in the Middle Ages, then was totally abandoned and rebuilt in the late 16th century.
Anchored to the hillside at an altitude of 860 m (2,821 ft.), the village is surrounded by high, verdant hills and vast expanses of forest. Amirat is off the beaten track and thus a place of profound peace and quiet, with sunshine most of the year, making it a favorite with nature-lovers.
Do you like hiking? Here, the forests, summits, and valleys await you, be it on foot, horseback, or by bike, and whatever your skill level may be.

- Sainte Anne church (16th century)
This church, built after the separation of Amirat and Castelet Saint Cassien, has buttresses and minimal number of openings, indicating the structure’s defensive role. If danger threatened, the village inhabitants could take refuge within its walls. The Sainte Anne church boasts a double génoise decorative frieze beneath the eaves, which was an indication of the owner’s social rank and wealth. It foreshadowed the village’s renaissance in the Early Modern period.

- Saint Jeannet chapel (16th century)
The Saint Jeannet chapel in the Maupoil quarter of town was most likely originally a penitents’ chapel. It bears the name of the patron saint of the men of Amirat. The porch, as large as the building itself, was designed to shelter pilgrims. It also houses a beautiful wooden gate.