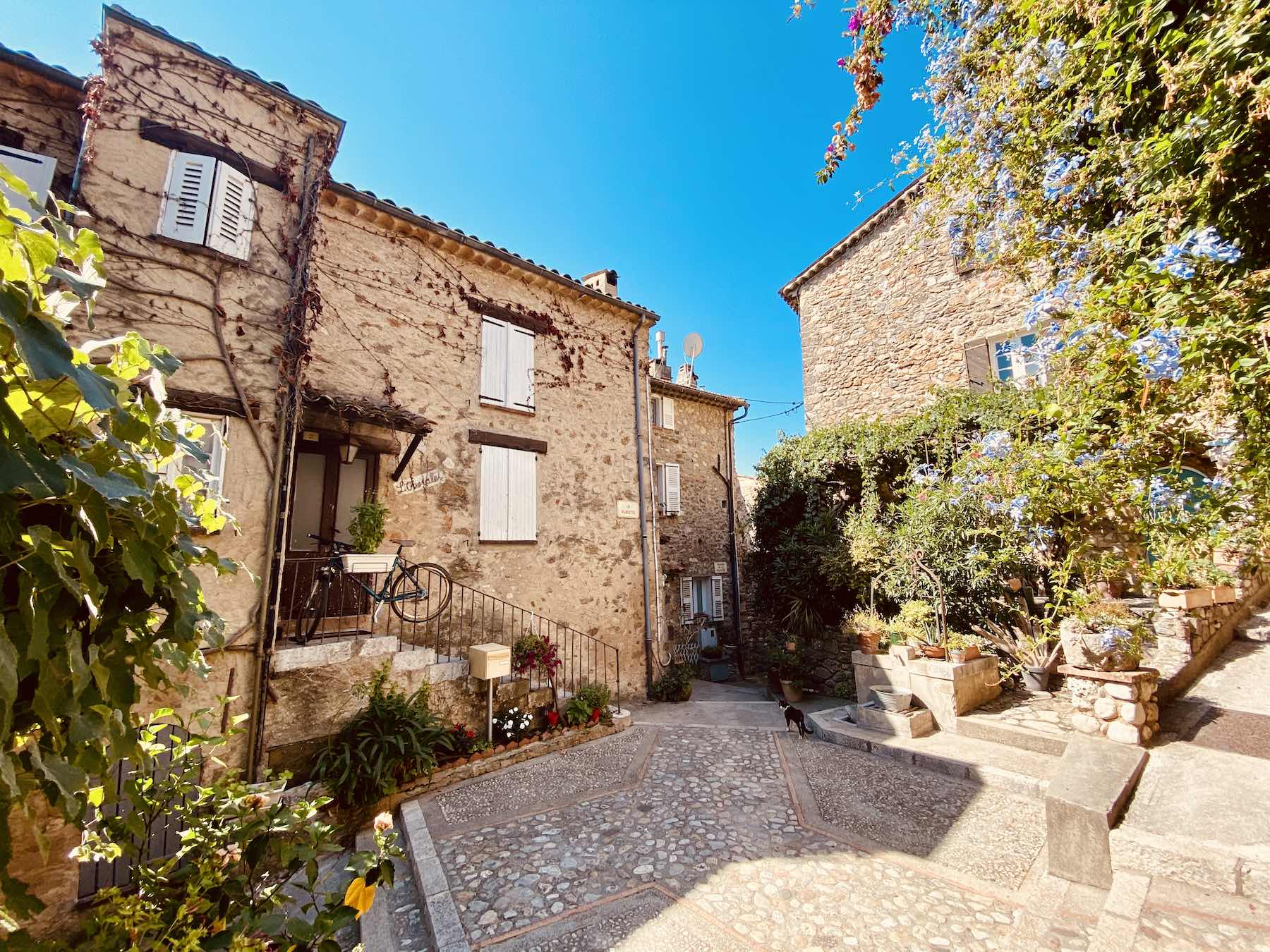 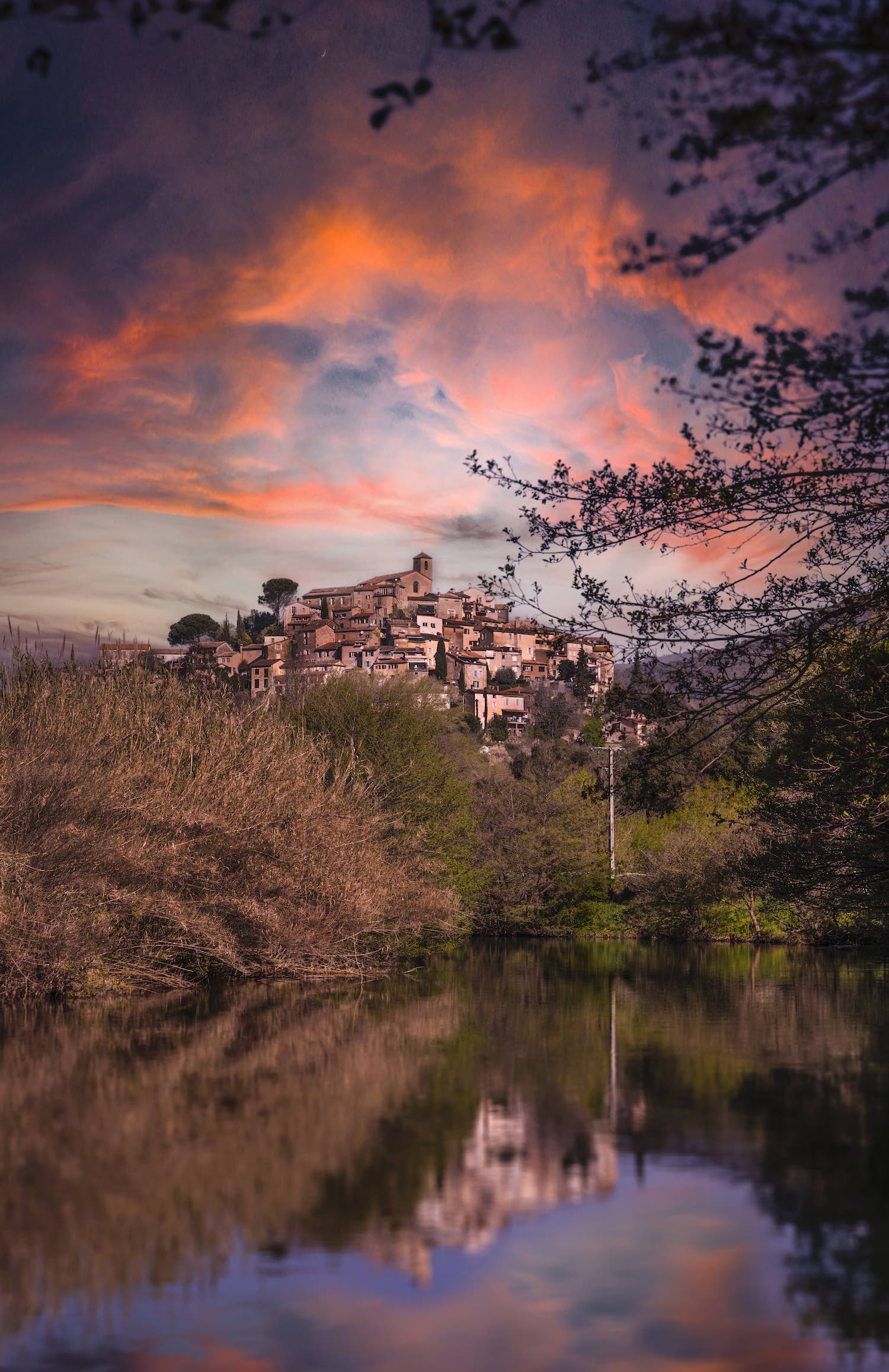 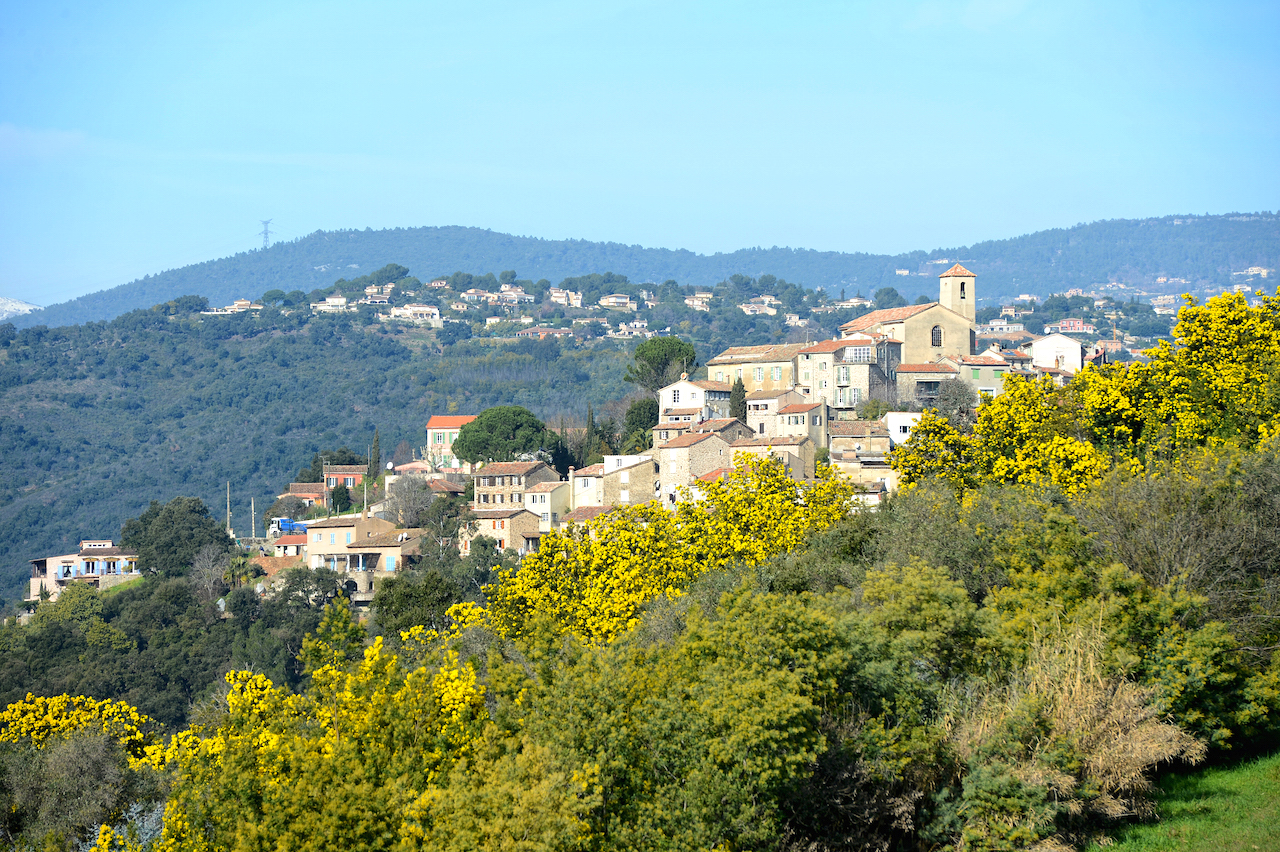 This splendid hilltop village located between the Frayère and Siagne rivers shares its fascinating history with visitors as they wander the winding alleys and picture-postcard squares. Listed as a key picturesque site in the Alpes-Maritimes, it boasts tall rampart houses, two gates – the Soutran and the Soubran, which stood as village defenses in days of old –, cobblestone alleys and stair-step streets, all giving Auribeau exceptional cachet.

The village was founded in the 12th century, but was abandoned and devastated by the plague and the wars of the late Middle Ages. In 1497, the lord of that day, who was also bishop of Grasse, invited people from the Ligurian coast to come repopulate Auribeau. The church square presents a view that seems to stretch to infinity over the wooded hills around the Siagne, the city of Grasse and its alpine foothills, the towering Pic de Courmettes, and the Valbonne plateau.

- Notre Dame de Valcluse sanctuary: Tucked away in the shade at the foot of a verdant, wooded hill, with the Saint Antoine River running through its land and a picnic area at the water’s edge, this site is a matchless combination of nature and spirituality.

- The parish church: The Auribeau-sur-Siagne parish church (église paroissiale) stands as testament to the influence of the Lérins Abbey in the region’s history and culture. It was built between 1717 and 1722. Like many buildings in the Grasse region, its exterior architecture is simple and uncluttered, with a semicircular apse on the chevet and a bell tower on the façade. Inside, a gallery occupies the first bay.

- The Soubran gate: the Soubran gate (Portail Soubran) is the passage for entering the old village of Auribeau-sur-Siagne. This 16th-century fortified stone gateway is at the start of rue du Portail, the village’s main street, from which narrow stairways, with flowers at every turn, lead up to the church square.

THINGS TO DO & SIGHTS TO SEE :