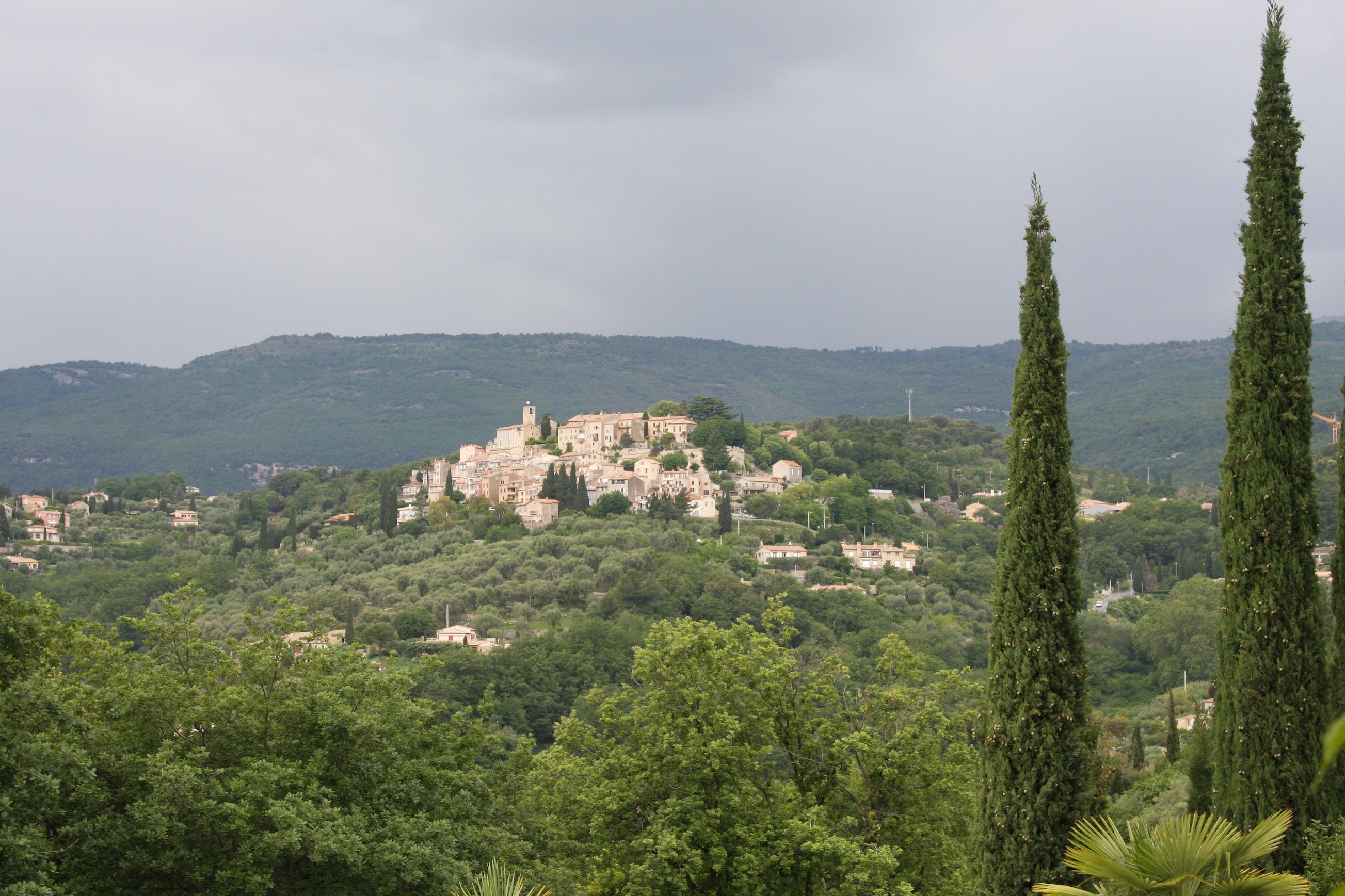 Opio is a perched Provencal village perfectly situated between Cannes, Nice, and Grasse. Set on the idyllic French Riviera between the mountains and the sea, at an altitude of nearly 1000 feet, the restored bastides and 2000 inhabitants of this village are surrounded by the varied greens of plains, woods, and olive groves.

Opio’s history can be traced back to the first glimmers of civilization.
Successively known as Oppius, Oppie and Upio, Opio was originally a large fortified camp, an oppidum, likely the root of its name.
Around the Year 973, Guillaume the First, Count of Provence, expelled the Saracens with the help of a man named Rodoard, whom he thanked by granting him the title of Count of Antibes. Rodoard’s son, Guillaume “Gruette,” became Lord of Opio by marrying Adhoïs, and Opio thus became part of the Antibes episcopate.
Guillaume left in 1034 to become a monk at the Abbey of Lérins, to which he bequeathed, upon his death, part of the fief of Opio.
In 1110, the bishops of Antibes and the Abbey of Lérins engaged in a struggle for influence over the property of the local lords and, bit by bit, the Lords of Opio were dispossessed of their land by the Antibes episcopate. They built a castle on high ground in or around the Year 1140, near what is now Châteauneuf. In 1242, Romée of Villeneuve seized the local castles, and the bishop of Grasse became Lord of Opio until the revolution of 1789.
Olive oil production and rose and jasmine cultivation for the Grasse perfumers were the principal village industries.

Must-see sights:
- marks the entrance to the Old Village. In 1920, a charming cabanon (hut or cottage) was built there on a rock, and served to store grapes used to make “Marc de Provence” brandy

- Next is the old Château des Evêques, part of which is now used as Opio’s town hall. A funerary stele dating from the second or third century, on which one reads "A CAIUS ALBUCIUS OPPIUS,” is sealed in a corner of the building.

- The Saint Trophime church (12th, 15th, and 19th centuries) is built in the Romanesque style.
In the 12th-century nave, a 4th-century Roman demi-column has been incorporated into the construction, which suggests that the church was built on the ruins of a pagan temple. It also is home to superb 12th-century baptismal fonts, a 17th-century painting depicting Saint Trophime (Bishop of Arles around the Year 250), and a reliquary of Sainte Floride, patron saint of Opio.

- Be sure to enjoy the superb panoramic view from this spot. Just a few steps further down, one sees the house of world-famous photographer, Jacques-Henri Lartigue on the right.

- trolling through the village, one will encounter a variety of crosses and fountains dating from the late 19th century. The splendid lavoir in the San Peyre quarter, restored in 1990, dates from the same period. Two oratories, built in 1634, were restored the same year. The Moulin de la Brague mill (1848) still makes olive oil and has been a popular site with visitors from around the world over for seven generations.

- More recently, Opio has gained renown as being home to Club Med and several splendid golf courses. With over a thousand acres of forested land around the village, hikers and horseback riders can savor long outings in a lovely, natural setting. With a full events calendar and a wide variety of merchants, Opio residents and visitors enjoy all the best of the Côte d’Azur. 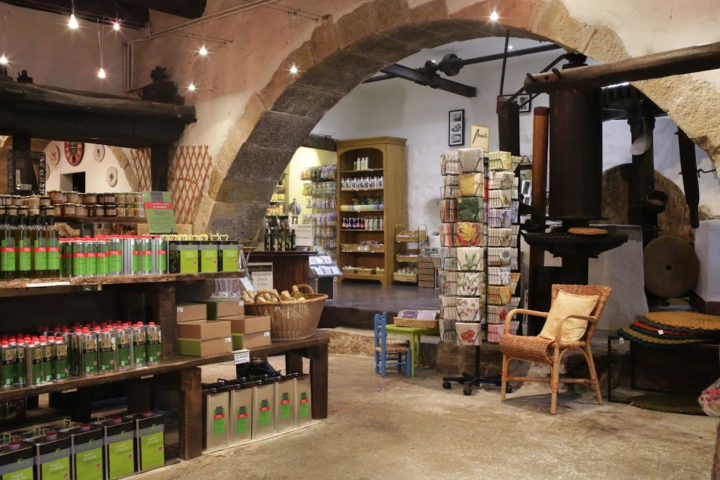