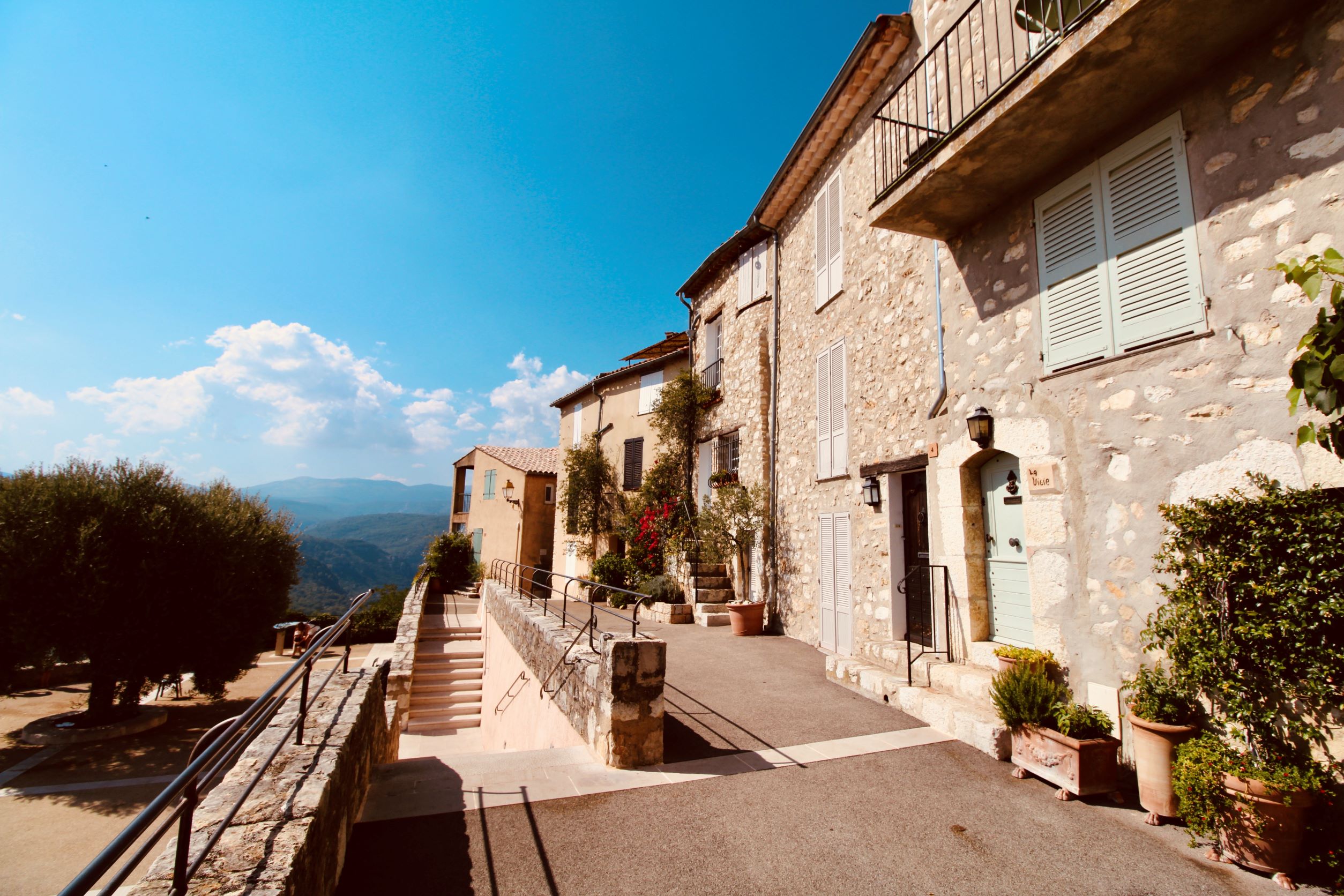 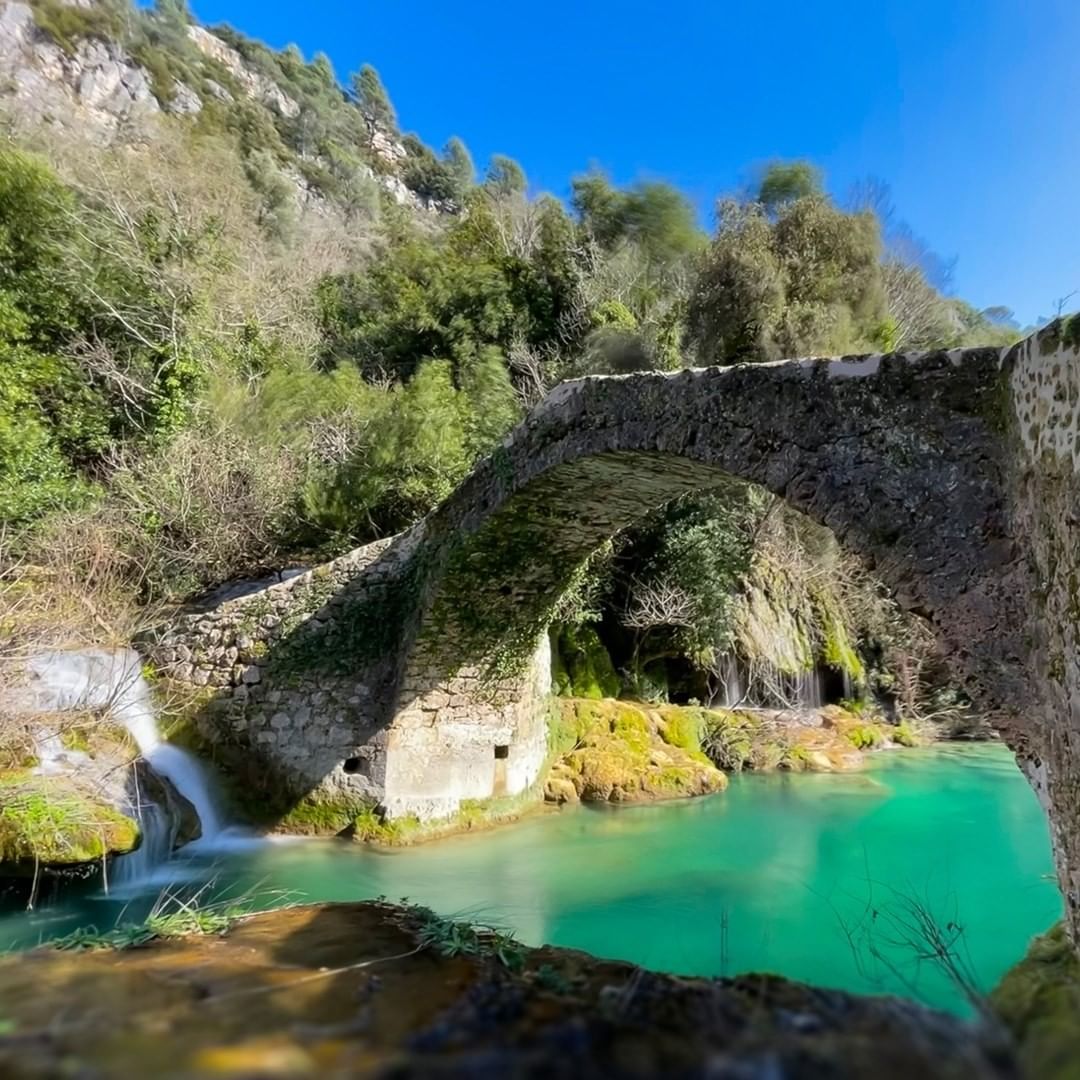 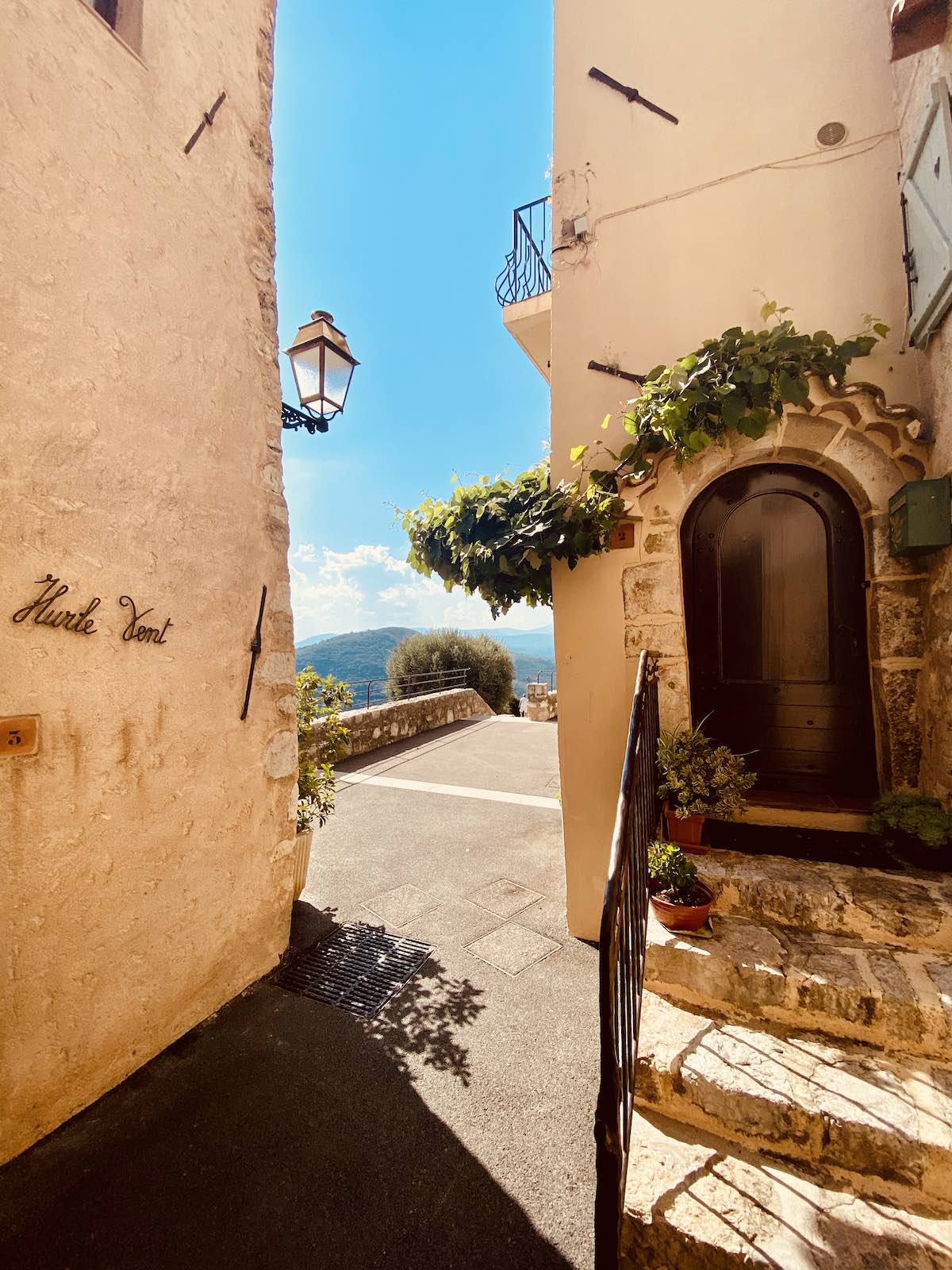 Saint-Cézaire-sur-Siagne, in its hushed, verdant setting far from busy roadways (10 miles from Grasse and 19 miles from Cannes), is a preserved village proudly perched on the edge of a cliff overlooking the lush, untamed  valley of the Siagne River. It unfurls its terraced slopes – abundantly covered with olive trees – down to the remarkably clear, cascading river, with charming falls, mills, and ancient bridges along its path, as well as profuse flora and fauna, including several unique species.

This beautiful village is authentically Provencal, with all the peace, quiet, and leisurely summer lazing one could wish for: a main square graced with the exquisite Les Mulets fountain, the chateau – home to the town hall –, friendly restaurants with shady patios, and a magnificent panoramic view of the Siagne Valley, the Maures mountain range, and the red rocks of the Estérel. Guided tours introduce you to its celebrated cave (La Grotte de Saint-Cézaire), dolmens, and barrows, and follow the clearly visible traces of its past, be it Roman or medieval.

- La Grotte de Saint-Cézaire: This impressive cave, discovered in 1890, plunges down to 40 meters beneath the earth and was discovered in the late 19th century by a farmer clearing his field. Deeper excavation revealed a great chasm, and stairs were soon installed to open the cave to visitors. Renowned for the variety of its concretions in magnificent colors, the cave has been further enhanced by a multicolored luminous waterfall that highlights the bottom of the chasm.

- The Notre-Dame de Sardaigne chapel: This chapel, which dates from the late 12th century, was built by the Lérins monks, who at that time owned most of the village lands. It was the parish church until the construction of the current church, which was consecrated on May 7, 1722. The architectural ensemble of the Notre-Dame de Sardaigne chapel, listed as an historic monument, is of rare elegance, with its cul-de-four apse and nave with a pointed barrel vault. Inside are also two reliquary busts and a Gallo-Roman sarcophagus.

- Les Puits de la Vierge: Located below the school, this rare ensemble of nine wells began taking form in the 15th century and was named the “Wells of the Virgin” in 1865, when the column dedicated to the Virgin was built. Four of the nine wells are covered with a hemispherical vault and their contents are potable for human consumption. The other five, surrounded by troughs and with hooks in the stone, were designed to provide water for animals.