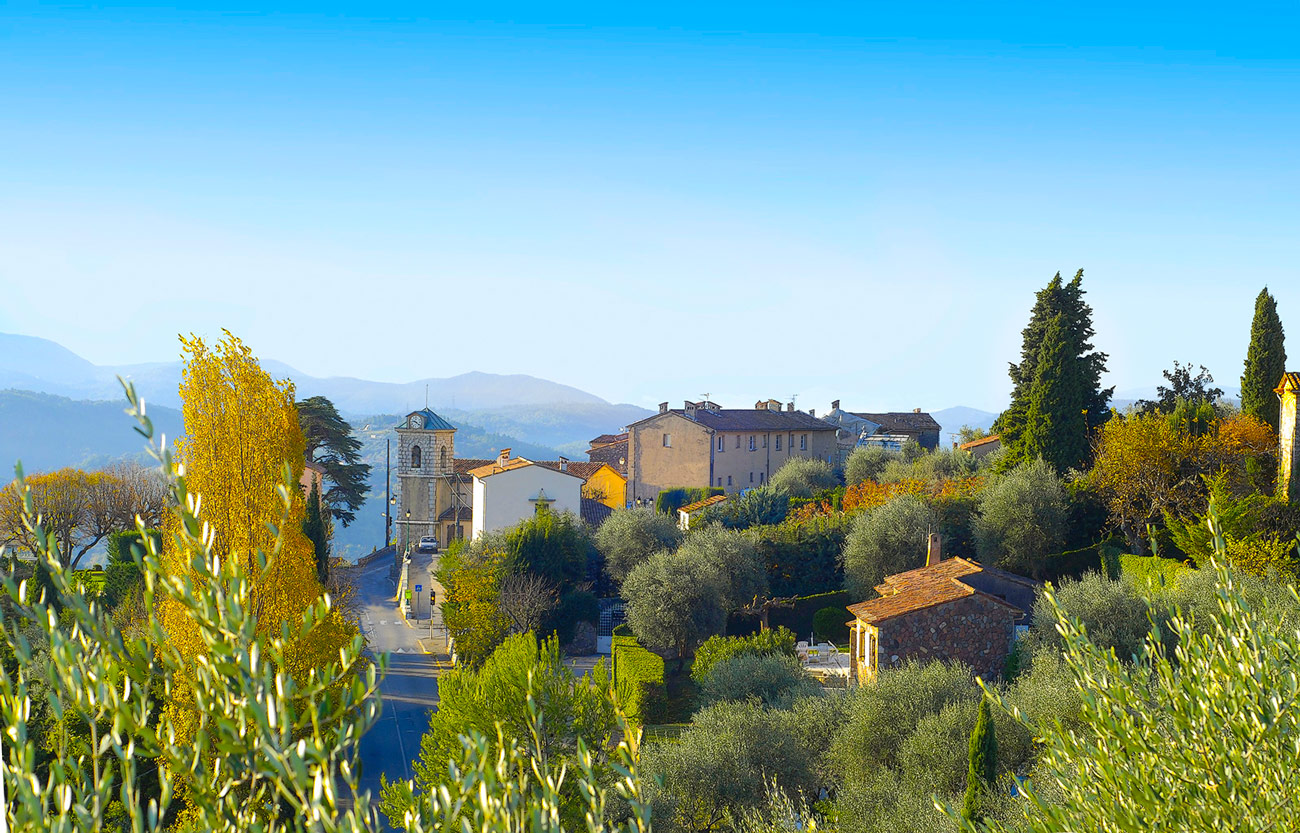 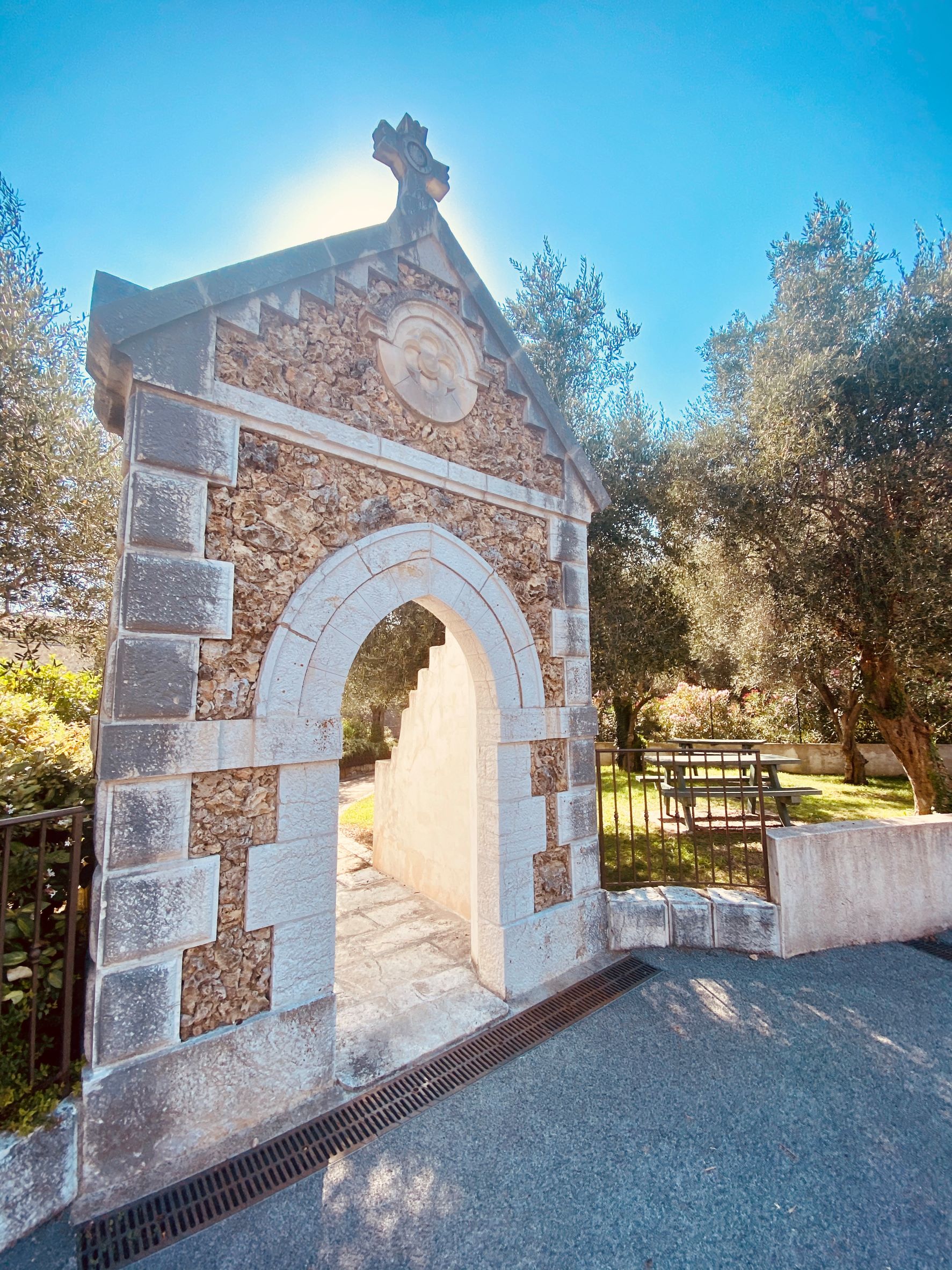 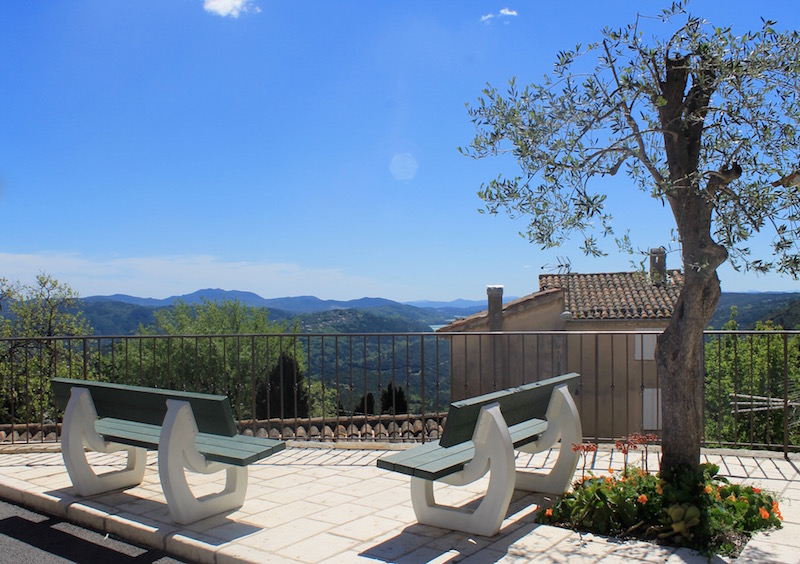 Set at the westernmost edge of the department of the Alpes-Maritimes, Le Tignet lies along the Siagne River, which separates the village from the department of the Var. In an exceptional natural setting superbly situated on the “Balcony of the Côte d’Azur,” this small Provençal village has, for more than thirty years, been a magnet for serenity-seekers the world over.
The unobtrusive original village, clustered around the old Saint-Hilaire church, overlooks a majestic landscape spreading from Saint Cassien Lake westward to Grasse and southward to the Lérins Islands in the sea just beyond Cannes.

Many cycling routes pass through the town of Le Tignet, including EuroVelo routes.
These itineraries take cyclists through gorgeous countryside – following an old railway line, riding alongside a canal, or tracing the banks of the Siagne River.

- The old village square: a few meters from the old parish church, this square offers a majestic view extending from Lac de Saint Cassien to Grasse, encompassing the Cannes plains and the Tanneron massif. On clear days, you can also see the Alps on the Italian border and the summit the highest mountain in Corsica, Monte Cinto.

- The old Saint-Hilaire parish church: Le Tignet remained without place of worship for many years, forcing the town’s inhabitants to go to Cabris to attend mass. It was not until 1714 that a church was built in the old village, as evidenced by the inscription on the smallest bell. This bell is dedicated to Saint-Hilaire, as was, apparently, the old chapel of the original village center. Starting in 1950, this parish church fell into disrepair and became too small to accommodate the growing population. The Saint Jean de Cassien church was then built in Le Val du Tignet in 2003.