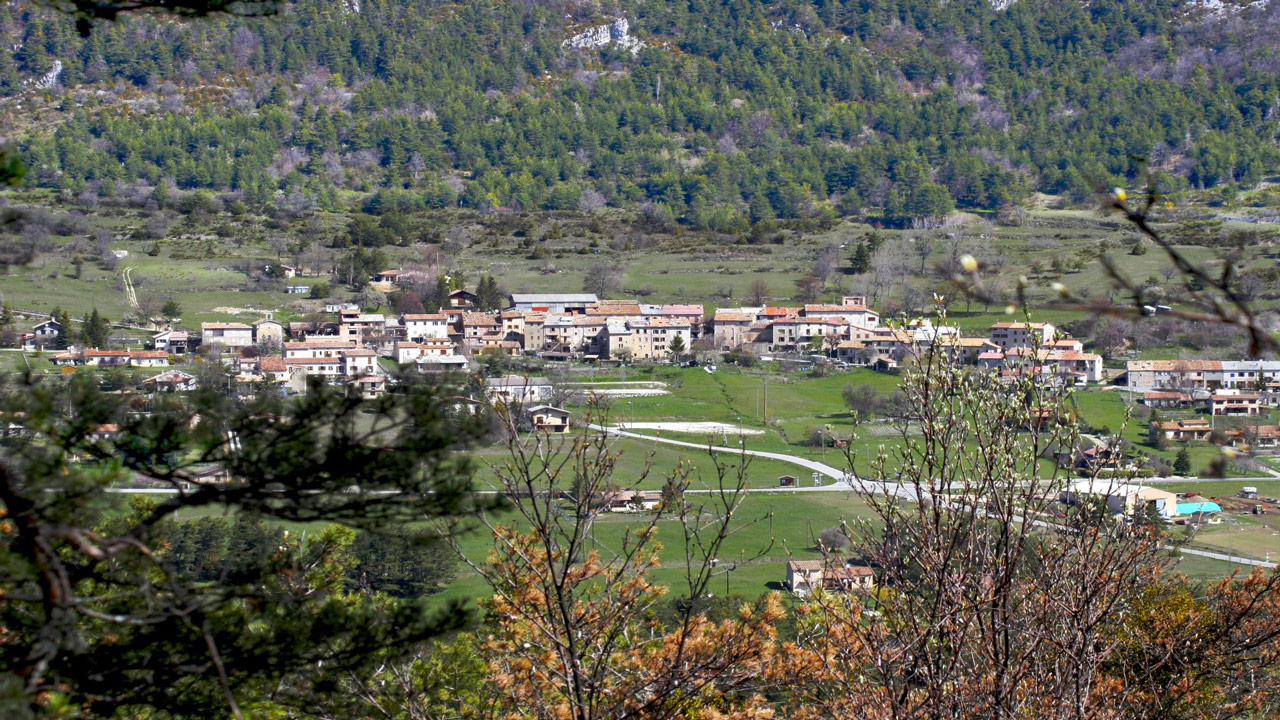 The town of Valderoure, which means “valley of the oaks” in French, stretches along the verdant plain of the La Lane, with small hamlets exuding copious charm:
- in Malamaire, admire an old noble house with a round tower;
- in Valentin, see the ancient Saint Léonce chapel and a Roman sarcophagus;
- in La Ferrière, visit the small enchanting chapel.
Set against a handsome rocky cliff, the venerable houses of Valderoure form a line overlooking a vast meadow.

- The old fortified manor. Built in the 13th century, the old fortified manor of Valderoure is set in the hamlet of Malamaire. In the Middle Ages, the main purpose of a maison forte was to defend and protect both the property and the home’s occupants. This building has been renovated and expanded several times over the centuries, with new windows created and the originals covered over. This fortified house was the residence of the lords of Séranon after they abandoned the old castle in search of greater comfort.

- The Saint Léonce chapel. Listed in the supplemental inventory of France’s Historic Monuments in 1947, the Saint Léonce chapel, built in the Middle Ages, has since been largely altered. It was originally an outbuilding of the Lérins priory during the Middle Ages; today, only the apse window remains to prove the chapel’s medieval origins. It has a rectangular layout and semicircular apse, and the building’s roof is practically flat, with no belfry. Outside the Saint Léonce chapel, a sarcophagus dating from Roman times parallels a series of Roman elements found in and around Valderoure. In the southwest corner of the chapel, the reused stones are also evidence the Roman history of the building.

- The Saint Roch shrine. This limestone wayside shrine is in honor those who served in the military in the year 1870. It was made by stonemason Etienne Rebuffel and marks a key chapter in French military history. Napoleon III’s imperial army, swept away in a few months, was replaced in the fight against the Prussians and their allies by an improvised army, including the Garde Mobile (Mobile Guard), intended to be the body which would in effect conscript, through departmental draft, all who had been able to avoid military service.