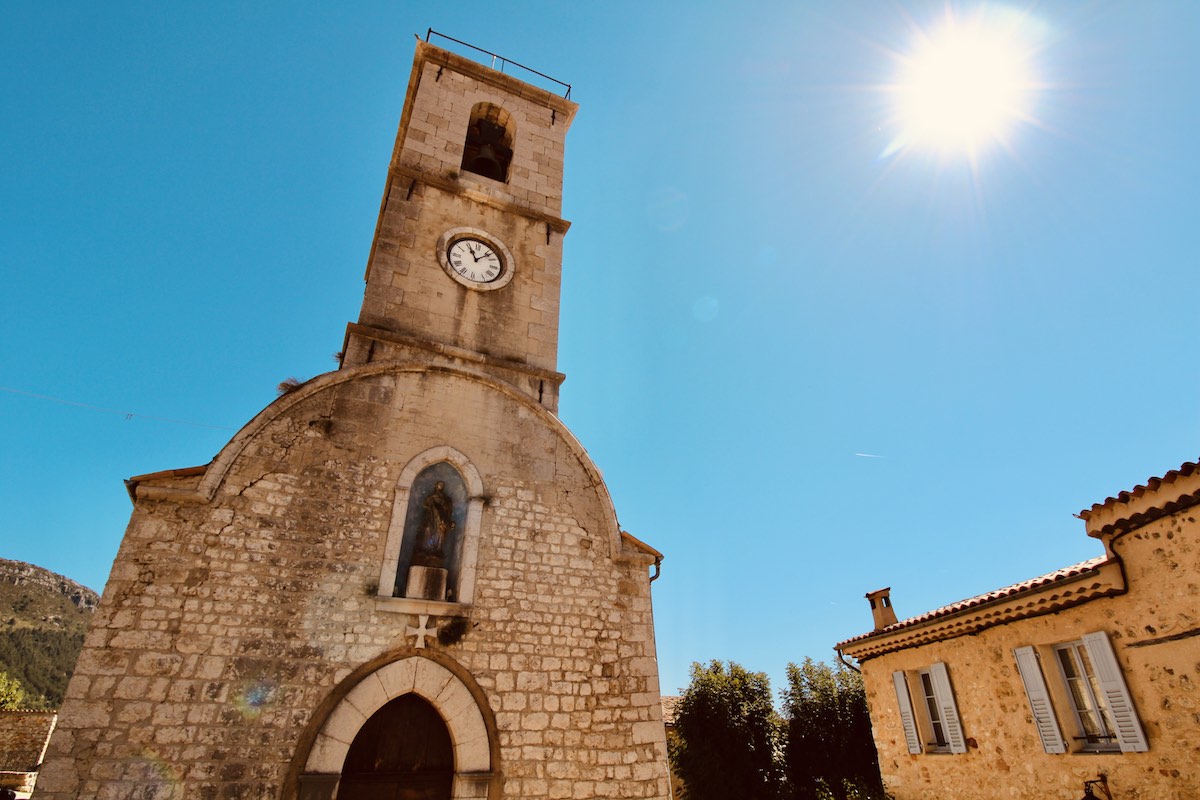 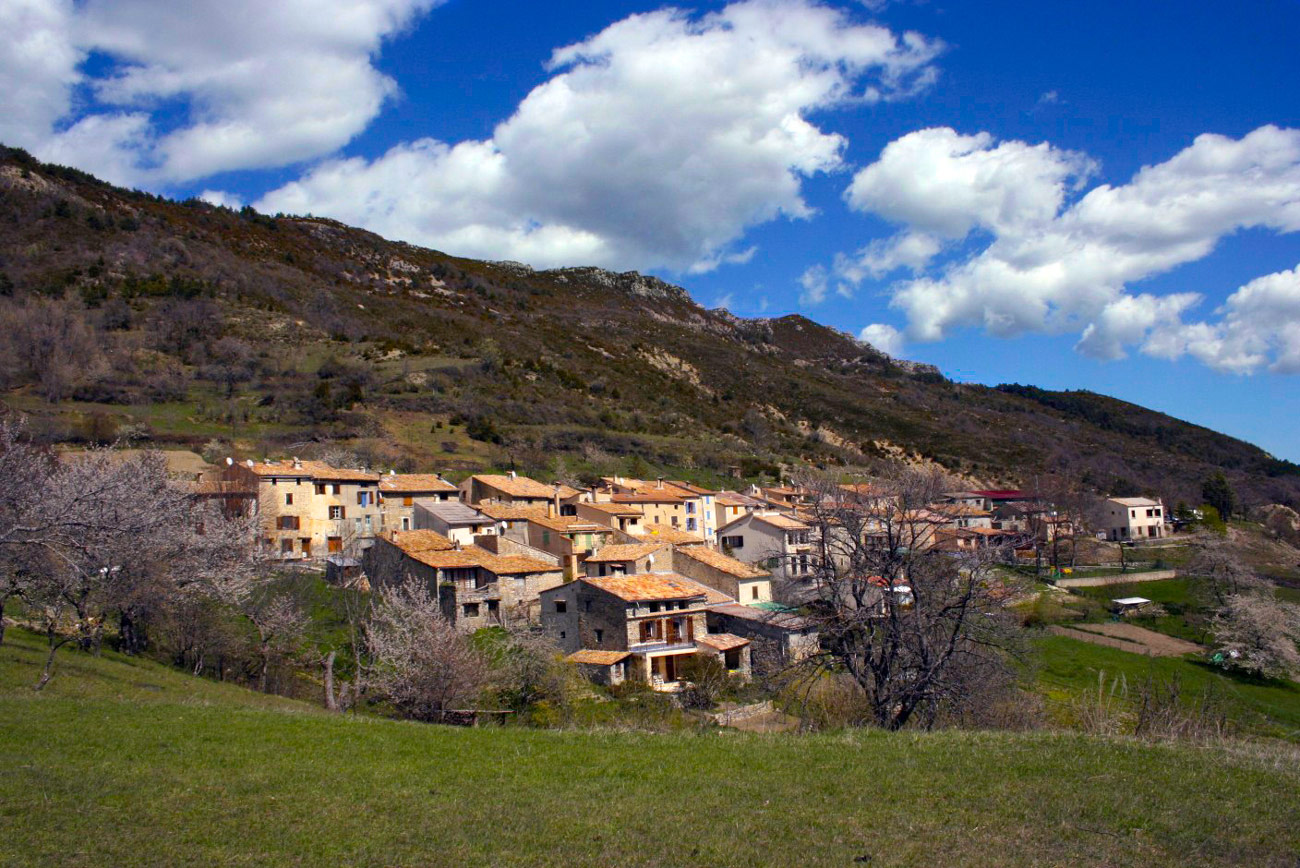 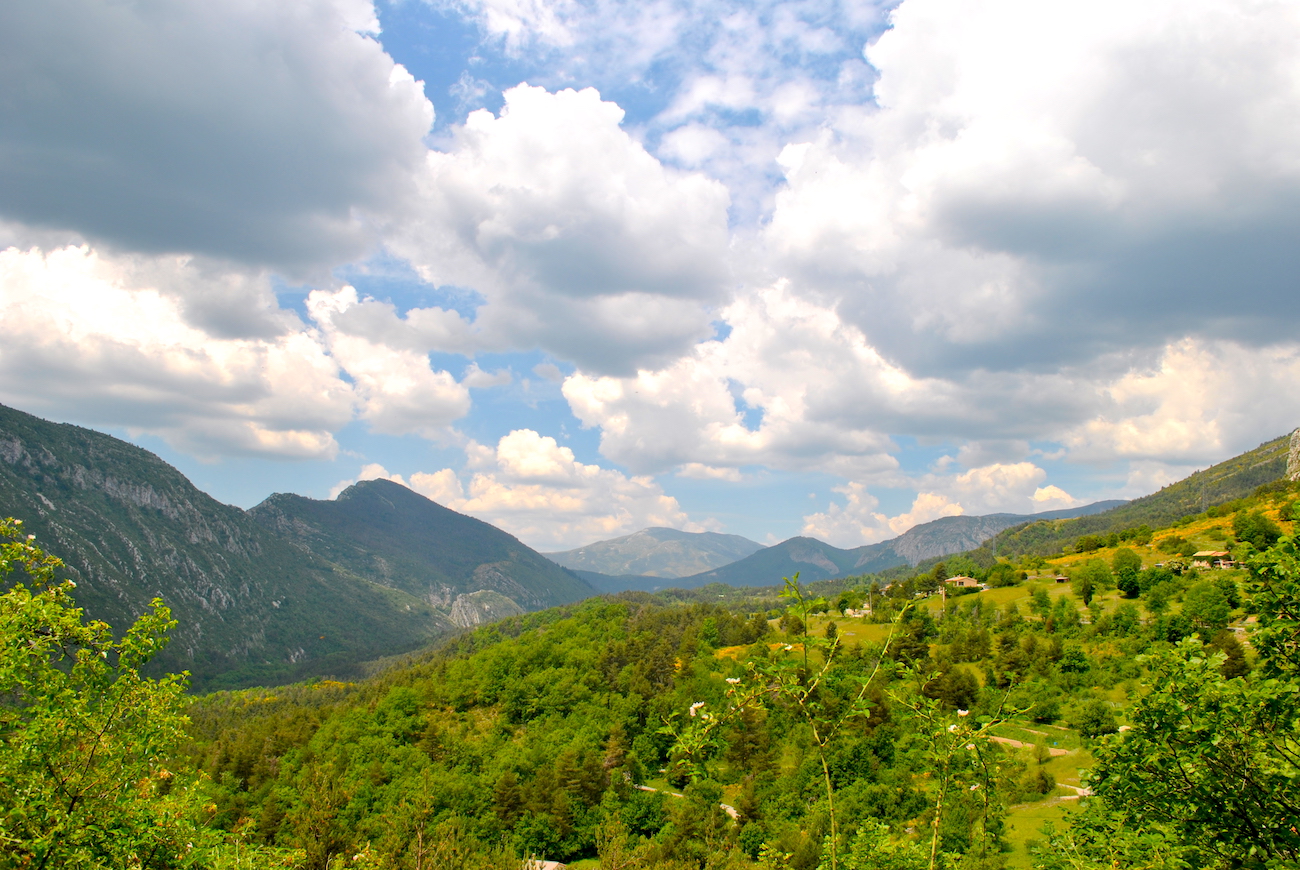 Briançonnet is an enchanting village in the Alpes-Maritimes set in magnificent natural surroundings. You can see the peaks of the Mercantour clearly in the distance.
Strolling along its cobbled and sloping streets, arranged in a checkerboard pattern, as was typical with Roman planning, you can admire handsome stone houses, vaulted passageways, and doorways with sculpted lintels.
This former Roman city has many vestiges of that era (sarcophagus, cippus, stele, boundary markers) and lies beneath the ruins of a feudal castle. A short uphill walk to the site will offer you an extraordinary panorama of the dramatic environs.

- Saint Martin chapel: The Saint Martin chapel was first listed as an historic monument in 1936. This building, dating back to the 14th century and known as the Chapelle aux Pénitents Blancs, was part of a priory established in the 12th century. It has a curious bell-gable and shelters a carved wooden statue of the Assumption of the Virgin.

- Église Romane de l’Assomption: The Romanesque church of the Assumption, which dates from the 12th century, belonged to the priory of the Lérins monks. This edifice has many stelae and stones covered with Roman inscriptions. The building is also home to religious treasures, such as the altarpiece of Notre-Dame du Rosaire (Our Lady of the Rosary) from 1513 and attributed to Louis Bréa, the processional cross, and the painting by François Mimault from 1640, depicting the vow of Louis XIII.

- The perfume-plant garden: This project was completed in 2015 with precious assistance from the professionals of the International Perfume Museum (MIP) of Grasse. The garden has no fewer than 25 varieties of perfume plants, including tuberose, iris, jasmine, lavender, and patchouli.